The Brochure about chamber choir Cantarella 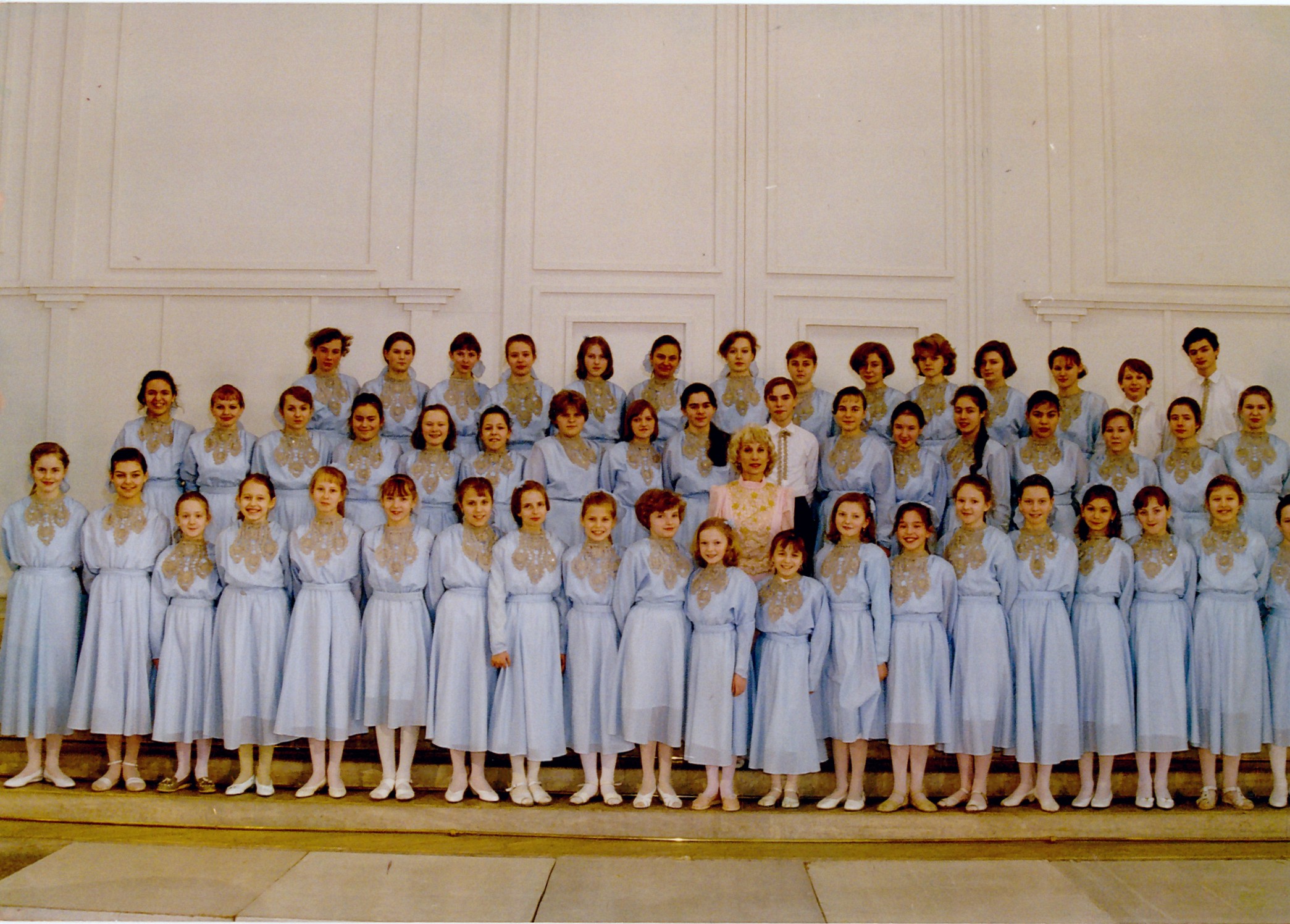 Choral Department of Music School number 12 (now High School Musical) was opened in 1978 - the 79th school year. For teaching it was originally adopted for 20 children - talented, bright and artistic. In the early years of the department Olga Ulitina, director of choral department, was engaged in the formation of the team, tried to cultivate good, loving music and choral art of children. In the classroom her students did a lot of drawing, write poems, short scenes played out on given themes and even set the opera - "The Mansion", "Boldly Buzzing Fly", "Repka. In the 3 rd, 4th, 5th grades, they sang opera more complex - "Cinderella", "fiction". And in the summer time, children went on vacation in the summer camp on the Karelian Isthmus, Lake Nakhimov, where they continued to rehearse and play music. 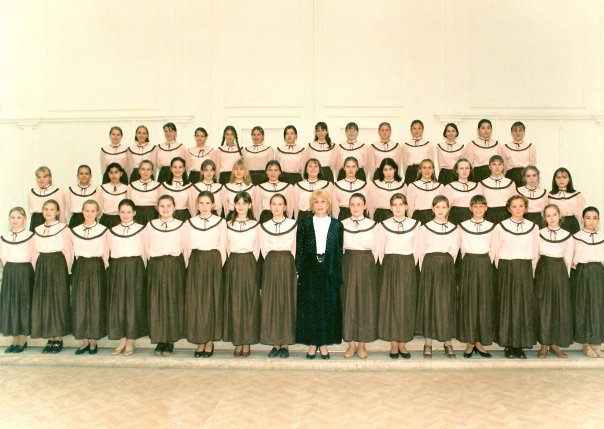 The concert began with the work of the choir 3rd class. The team was to travel to other cities in Russia, as well as cities in Latvia.

From 4 th grade the Choir of the Music School № 12 has acted in the hall Capella, in many urban concerts and festivals. He often was marked with certificates and diplomas. Pupils of O.A. Ulitina also participated in various regional events, singing in schools, in the Artillery School, in printing children books, in the factories. They performed in concerts of the Union of Composers in the Small Hall of the Philharmonic.

The Choir was the first one who performed the works of Latvian composers - L. Ozolina, R. Pauls. And when the team appeared in the repertoire of work "Nameday grandfather" FK Zyusmayera, which until then in Russia did not sing no more, the chorus was even invited on the radio about him prepared transfer.

Since 1992, the choir O.A. Ulitina began to have a successful concerts abroad. Its frequently travelled to Germany, Finland,France, Italy, and Hungary.

Our graduates have become professional musicians.

1. Alla Samohotova-Utyanova singing in the theater La Scala.
2. Irina Kopylova sings in the Opera Bastille.
3. Elena Gluskin sing in opera in Germany.
4 Oksana Sokolova sings in the St. Petersburg opera, Mariinsky theatre and at the  A’capella group – “Dedooks“
5. Elena Zezyulchik graduated from the Academy of Culture has worked in the theater "ZAZerkal'e". Nowadays, she works at the Musical Lyceum.
6 Nikolay Radetsky finished musical college department conductor Rimsky-Korsakov.
7 Svetlana Sazhina-Petrova graduated the  theoretical faculty of the Conservatory, she works at the Musical Lyceum.
8 Ekaterina Kostina graduated theoretical faculty, she works in America.
9. Jeanne Galkina works in America with children.
10 Anna Shmerling finished piano faculty and she works in Israel.
11. Nataliya Khasso has graduated from  the University of Culture and Art.
12. Anna Khasso has graduated the musical-pedagogica facultet of  the University of Culture and Art. Nowadays, she is the director and conductor of the children's group of choir Cantarella.
13. Maria Chertischeva has graduated  the piano faculty of  the Conservatory.  Nowadays, she works at the Musical Lyceum.
14. Roza Shostakovskaya has graduated  the choir- conductor faculty of   the Conservatory
15. Natalya Ryabikova has graduated  the conducting and choral faculty of  the Academy of Culture. 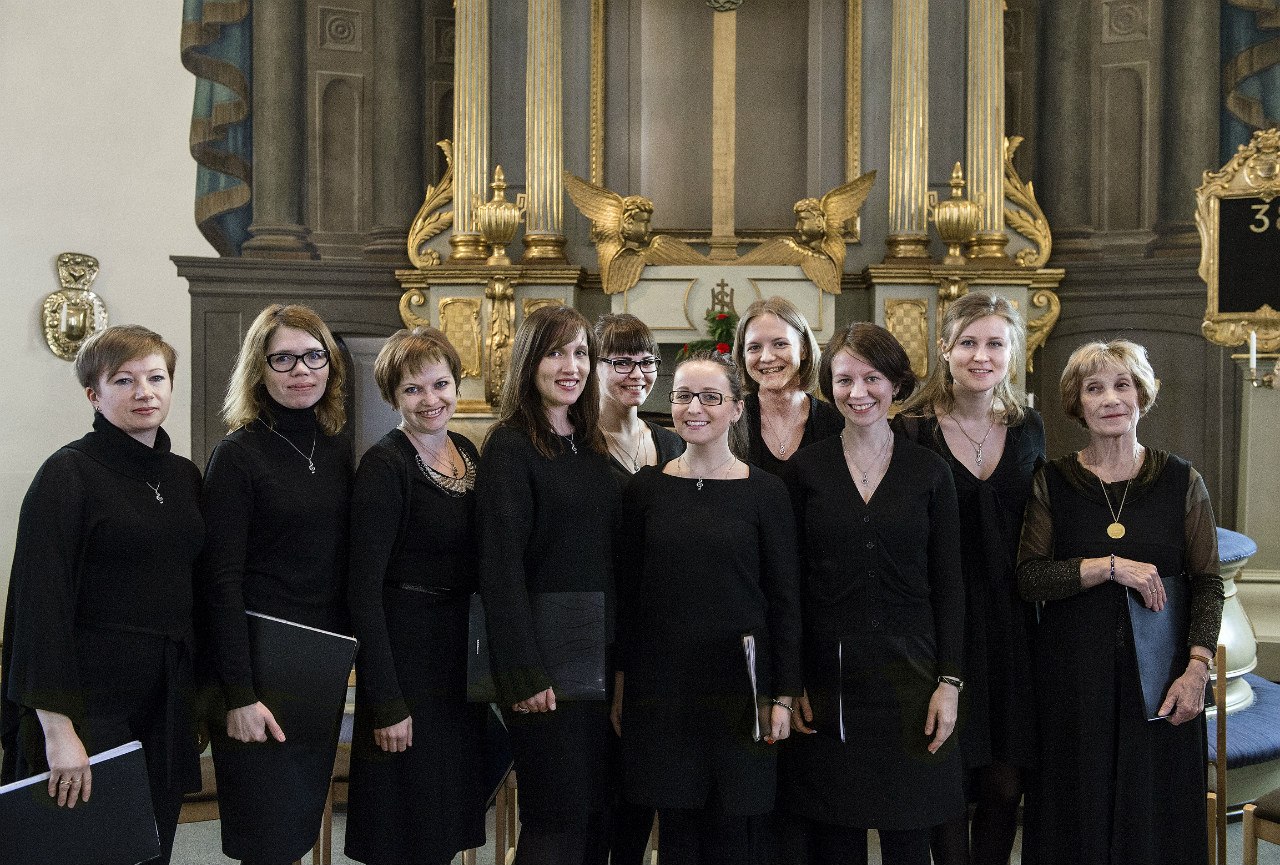 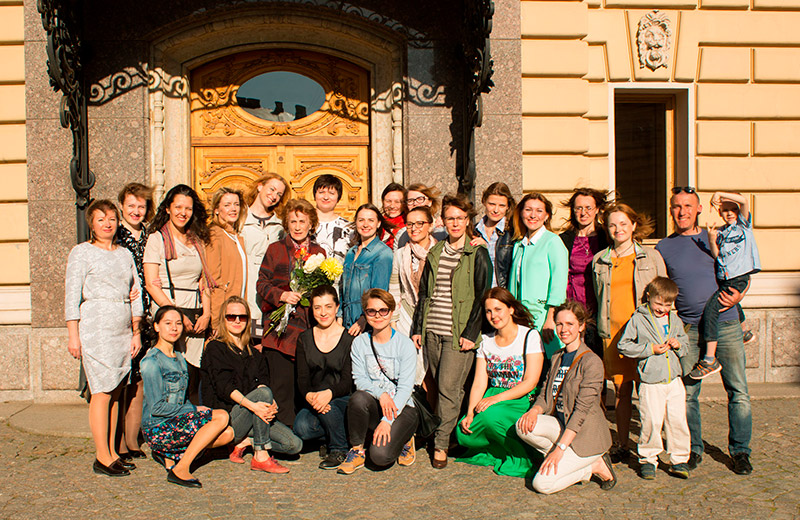